Jeff Bruno
18:51 19 Feb 20
There is a good reason why you see 5 Stars under LLB Inspection Services and why you should choose them for your next whole house inspection. I have been a Real Estate broker for both residential and commercial properties here in California for almost 20 years. I decided to walk our latest property with Lloyd during his inspection and I was truly impressed with his extensive knowledge of the construction industry (30 + years in the building trades) and with his diligence to inspect every detail & system of the home. All accessible areas of the house were fully inspected along with the testing all systems for proper operation. Lloyd also proved a full inspection of the cement tile roof via an Industrial Drone, and at no additional cost to his services. By using a drone he eliminated the chance of walking the roof and creating additional potential damage to the property. The report he submitted after the inspection was timely and complete, showing photos on areas of concerns including recommendations for remediation and/or repair. I would highly recommend engaging LLB Inspection Services on your next whole house inspection. Whether for a real estate client, a leasing company assessing properties or just an owner wanting to know more about the condition of their property, no disappointments with the services offered by LLB. Thanks Lloyd and be assured we will be calling you again! Jeffrey B. Bruno - Broker

Jason Valenzuela
15:44 13 Feb 20
Lloyd is incredibly thorough and helped my clients ask the right questions and push for the right repairs for their new home purchase. I would highly recommend LLB Inspection Services!

Nischii Omkar
02:39 08 Feb 20
Lloyd was referred one of my community member thanks to that , lloyd is very responsive and punctual and the inspection is on point and the report and summary which he generates was in detail especially for all the new home owners. He pointed out even the minor things which can be missed.

William Cadiz
11:20 06 Jan 20
Mr Lloyd Brown did an excellent job and easy to work with, he explained everything I need to know right after inspections, very recommended... Thank you and much appreciated!!

Geoff Wong
23:19 11 Oct 19
Lloyd provided an inspection for a 4-plex. He communicated professionally and thoroughly all the way through the process. His inspection went very smoothly and the tenants were all pleased. The resulting report is very complete with pictures and is easy to follow. He has made himself genuinely available to answer any questions I have with his findings. I would definitely recommend LLB Inspection Services.

Matt Nemeth
16:46 06 Oct 19
I was referred to Lloyd Brown earlier this year, by a colleague that I’ve known and trusted for many years. He has now done several home inspections for me already. Personally, I like Lloyd. He’s a man of character and integrity. Always reliable and dependable. Professionally, he’s thorough and efficient. He always explains details in a way that makes sense to buyers, without confusing and overwhelming them. I definitely recommend Lloyd Brown. He does great work.

Andrea Esposito
13:34 04 Sep 19
Fantastic experience with LLB Inspection Services. We needed a professional to assist us with our home purchase who would give us all of the facts. Lloyd went above and beyond to provide answers to all of our questions. A friendly and positive experience that we cannot recommend highly enough.

Jackie Orgon
03:39 01 Sep 19
Wow, I really lucked out picking LLB to do my inspection. The owner Lloyd was so helpful and knowledgeable. He explained everything and made me feel confident I understood. I highly recommend this company.

Randy Hendrickson
14:57 03 Aug 19
Lloyd is a great guy! He was early to the appointment and ready to do the work. He was very thorough with the inspection. Most importantly he took a lot of time to explain the issues he found. A very friendly and professional tradesman.

Bre Lake
20:51 14 Jul 19
I am a first time home buyer who received the referral for Lloyd through home advisor....Absolutely loved the guy and was very pleased with the inspection he performed on my home as well as the detail provided in his report. Very easy going guy, explained everything in great detail to me, dependable and honest.

bayarea ceez
03:36 18 Jun 19
Lloyd was an Outstanding home inspector! He will tell you straight up what he thinks when he finds something and I love how he has a drone that makes it easy for him to check above the home such as the roof and around the chimney area and provide you with photos and any other issues that he may have found. Again outstanding service at an affordable price, thank you for your service and i highly recommend him!

Suzanne Teal
17:58 03 Jun 19
Mr. Brown did a thorough and complete inspection of our home. He explained everything to me and answered all my questions. He was friendly and professional and put me at ease. I would highly recommend him for an honest, knowledgeable, and reliable inspection.

Angeles Lomeli
00:58 23 Apr 19
Loved all the tools he brought to show buer the condition of his home! Thank you for being so detailed in doing your job and taking the time to explain all items to my clients!

Pedro Motoa
20:34 22 Apr 19
Lloyd did my home inspection & he was very thorough, friendly with my family and professional. He also referred me to Anthony who does termite inspections & did a great job as well. Overall I had a great experience & excellent customer service at a good price, I highly recommend him!

Mohammed Esler
21:13 17 Apr 19
Lloyd was very thorough during the home inspection leaving no stone unturned and giving me a realistic run down of the work that would need to be done to bring the home up to living standard. He took his time. Was patient and very knowledgeable and detailed in his explanations of what my home needed. A necessity for any homebuyer. Highly recommended.

Rob Jesus
19:00 13 Mar 19
LLB Inspection Services , Modesto, Ca. was an awesome experience! They provide a highly detailed and professional home inspection. They use "state-of-the-art" equipment and explain procedures in an easy way to understand. Definitely worth the cost for that 'piece of mind', knowing you have had an inspection done by an expert in their field. Will be recommending their service to others.

allan Korock
03:45 30 Jan 19
Excellent job! Lloyd was detailed, courteous, and thorough! He went the extra mile, giving me referrals to great people to help get my 90 year mom's house into shape. I was glad I used him and wholeheartedly recommend anyone to use his service.

Carol Tippett
16:08 08 Jan 19
Lloyd is the best! Didn't miss a thing. Even my realtor commented on how thorough he is. Plus, he allowed me to follow him around with a bazillion questions on what does what in the house. As a new homeowner there are many things I have to learn (ie what each breaker switch connects to, what house-maintenance things to be mindful of in the future, etc). His knowledge was invaluable to me. I highly recommend him to future home buyers!!

Samira Oravec
20:54 07 Jan 19
Great Customer service Extremely helpful answered all my questions that I had about the inspection, absolutely recommend him and I really wound hire him again for future service Thank you Lloyd For all your help

yadi rico
20:14 04 Jan 19
Extremely helpful, and knowledgeable. Great customer service; went above and beyond.. Absolutely recommend him and will use his services in the future. Thank you so much Lloyd!

Before moving out of the area our family had the opportunity to work with Lloyd Brown now LLB Inspection Services and he was great to work with for our “after close of escrow home inspection”. He was very friendly, knowledgeable, and professional.

My wife Kelly and I had purchased a home but had waived the right to a home inspection while in contract to purchase. After the closing, Lloyd convinced us we should conduct a thorough inspection of the home to see what’s up and learn some tips on how to better maintain our home. Knowing Lloyd for several years and having a good understanding of his background and experience we didn’t hesitate to take him up on his offer.

Lloyd did a really good job with our inspection. We spent about 3 hours with him as he taught us about all the different things to be aware of and showed us some of the repair and improvement recommendations he would make. He took several pictures and lots of notes and kept reminding us that even though he was going over these things with us now, he is going to include them in a written report.

Less than 24 hours had passed after completing the inspection and we received a call from Lloyd, as he was writing the report, he noticed in a picture that there was an issue that we had not discussed during the inspection and while the issue was minor, he wanted to let us know of it before putting in the report just in case we had any questions. Shortly after the call we received Lloyd’s written report. We really appreciated the extra step Lloyd took to clarify something even though it was going to be in the report when we received it.

Based on this experience, Kelly and I did get a home inspection done on our most recent home purchase, unfortunately out of Lloyd’s geographical area and we will probably get inspections done periodically just to make sure the house is functioning and being maintained correctly.

Our family would certainly recommend Lloyd to anyone needing a home inspection in an area serviced by LLB Inspection Services.

I write this letter with great enthusiasm and appreciation regarding the many talents Lloyd Brown of LLB Inspection Services possesses.

I have been in the construction industry for more than 2 decades and have had the opportunity and pleasure to work side by side with Lloyd for most of them, recently me as a VP of Construction and Lloyd as a VP of Customer Service/Quality Control, overall for almost 20 years.

Lloyd is immensely knowledgeable in all phases of the home construction inspection process and I have absolutely no hesitation endorsing the qualifications and skill set he brings to LLB Inspection Services.

During our time as a Home Building Team, Lloyd’s Quality Control Department provided inspections during all phases of construction through Buyer Move In Inspections for what would be thousands of homes, not to mention the thousands of inspections for Builder Warranty Service performed after our buyers would move in and other inspections required whenever a claim under California Civil Code was established.

Whether you are having an inspection done just to keep your builder honest or selling or buying a property, I believe in my heart these qualifications would make Lloyd Brown of LLB Inspection Services abundantly qualified to service your Real Estate Property Inspection needs.

I am not only thrilled but qualified to write this referral/testimonial letter regarding Lloyd Brown of LLB Inspection Services. As a Customer Service Area Manager for the past 12 years for one of the nation’s largest builders, I had the pleasure of working with and learning from Lloyd during the entire time in a Customer Service/Quality Control department Lloyd had designed, organized and maintained for over 28 years. ​

Mr. Brown is responsible and punctual and is extremely knowledgeable in all phases of home construction and I absolutely endorse his qualifications and skill set.

During the time that I had worked with Lloyd, he managed a Quality Control Department that provided multiple home inspection intervals from Model Frame Pre-Drywall Inspections to System and Component Inspections to Buyer Move In Inspections for a homebuilder that was producing anywhere from 700 to 1200 homes per year.

Whether just doing a routine maintenance inspection while staying on top of your current home ownership or selling or buying a property, Lloyds vast experience and knowledge in Customer Service, All Phases of Construction, Builder Warranty Obligations & Timelines and the California Civil Code governing these obligations, helps make LLB Inspection Services uniquely qualified to service your Real Estate Inspection needs. 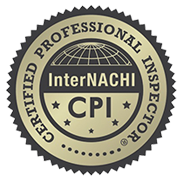